It’s an island known for its white beaches, azure waters, verdant tea gardens, welcoming people, and its own culture.

Sri Lanka, or Ceylon, as it was known up until 1972, is a beautiful nation.

Despite its geographical proximity to India, it has an undeniable uniqueness. Having heard numerous accounts of Sri Lanka, I decided it was time to check it out myself.

Thus I planned a five-day trip, trying to fit in most of Sri Lanka I could. In this short duration of time, I wished to see Colombo, Galle, Yala National Park, Nuwara Eliya, and Kandy.

If you want to travel to Sri Lanka, then this is the perfect article for you!

1-IN THE BEAUTIFUL CITY OF COLOMBO

After planning this trip meticulously for some time, Exhilaratetion took over me when the late-night flight from Mumbai to Colombo finally took off.

I fell asleep on the flight from Mumbai to Colombo. Thus I couldn’t see much of the city from above.

Our hotel, Avani Kalutara, was located on the outskirts of Colombo and hence, was a long drive from the airport.

Despite reaching the hotel way past midnight, the staff greeted us warmly, quite literally, with warm face towels and refreshing drinks!

Everyone I had met so far welcomed us with the traditional Sri Lankan greeting, “Ayu Bowan.” Soon after a smooth check-in, I fell asleep in my comfortable room.

I woke up to the sunlight streaming in through the window. The hotel premises were beyond beautiful.

Peacocks strutted throughout the hotel as if no human existed, and a myriad of birds chirped from the trees overhanging a small creek.

I gulped down our breakfast, at the urgings of our tour guide/driver, Sampath, because I had a long journey ahead of us. I soon checked out of the hotel and hit the road.

Ditching the highway, I opted for the sideway by the ocean, which treated us to dazzling sights of the sparkling ocean to Galle.

2-THE CITY OF GALLE

Galle in itself was a city in a colonial hangover. It is one of the best remaining examples of Portuguese architecture which I witnessed during my Sri Lanka Trip.

I saw the innumerable serene churches and wandered in the ramparts of the fort all day long.

The ocean was so mesmerising that, although having admired it all morning, I still couldn’t get enough of it and so spent the entire afternoon watching the lapping of the waves.

The fort, which once must have been manned by heavily armed soldiers, was now populated by lively, carefree children playing football in its grounds and the picnicking residents of Galle.

The sodium vapor lamps twinkled to life as the sun dipped below the horizon. The fort was surrounded by a bustling marketplace selling intricately carved or brightly decorated miniature elephants and various other knick-knacks.

I decided to stroll among the streets. The lamps wrapped everything around them in soft, beautiful light. After a quick cup of hot tea in one of the many cafes dotting the roadside, I set off for our hotel.

It was an Egyptian-themed hotel with lofty ceilings and lifeless looking receptionists.

I was led to our rooms, but when the elevator dinged on our floor, I was taken aback by the decor of the corridor. Every room was flanked by life-size statues of Anubis, the Egyptian God of Death.

This time, my room directly overlooked the ocean. I could see the moonlight glinting off the waters.

Not a single cloud obscured the face of the gentle moon.

The sound of the crashing waves soon lulled me to sleep. The next morning, I explored the beach a little and set off for our next destination.Galle, Sri Lanka

Another long drive, another beautiful natural spectacle – I entered into a completely different domain of Sri Lanka: Yala National Park.

The next morning, huddled in a jeep, I delved into the park to catch a glimpse of the majestic elephants and the elusive leopards.

So many different bird species flew around that it was difficult to keep track of what was what.

The leafy forest soon gave way to a vast savannah-like scenery. I saw one or two herds of elephants and a lounging, leisurely leopard.

When I had checked into our new hotel, Mandara Rosen, I thought about the day’s trip to Yala.

However, I felt a tad bit of disappointment, as I didn’t spot as many animals in the wild as much as I had expected. Nonetheless, I tucked in for the night. Yala National Park

The next day, at the break of dawn, I settled into the trustworthy Toyota Prius, which had become our ride for our Sri Lanka trip, and rode off towards the hills of the island nation.

On the way, I stopped at multiple waterfalls. The waterfalls were bustling with people bathing in the cool mountain waters to their hearts’ fill.

The guide took us to see the mythical Ashok Vatika, where the villain from the Hindu epic, Ramayana, is said to have imprisoned the princess, Sita.

A beautiful temple adorned with intricate carvings was standing in front of us. As far as prisons went, this one seemed a rather serene one.

Fun Fact: According to Indian Mythology, the 10 headed demon king of Sri Lanka, Ravana is a villian whose huge effigies are burned by Hindus during the festival of Dussera,  to ward off evil. On the other hand, in Sri Lanka, Ravana is considered to be a deity with shrines and temples dedicated to him.

Following the twisty road which hugged the mountainside, surrounded by fluffy clouds, I entered the city of Nuwara Eliya. In native Sinhalese, the name of Nuwara Eliya means the “City of Light.” But the city of light was gradually plunging into darkness as the sun set behind the distant hill.

I checked into our hotel, Horton Tower and Cottages, situated on the crest of a hill. The hotel was by far the best one on my entire Sri Lankan trip. Its rooms were so aesthetically designed and thoughtfully decorated that it won me over.

With the Apple Home tuned to a local station playing western country music, I fell asleep.

During a Sri Lanka Trip, one must never miss tasting Ceylon tea. I gulped down gallons of it. Our room afforded a view of the distant hill behind which the sun had set the previous day.

I couldn’t believe how just two days ago, a similar morning had been spent overlooking an azure ocean. A hearty breakfast later, I set out to explore nearby Georgetown.

Georgetown was located at a comparatively lower elevation than Nuwara Eliya. Although an off-beat destination, the lake of Georgetown is one of the most beautiful places in Sri Lanka.

Colourful boats idled on the glass-like surface of the lake and verdant tea plantations stretched for as far as sight went. The scene exuded a sense of peace and tranquillity.

If you are in Nuwara Eliya, you really shouldn’t miss the Nine Arches Railway Beach. Almost hidden away amongst the dense vegetation, it is a beautiful construction that enables trains to traverse a wide valley.

I trudged through a leafy and slippery track to reach the bridge, the trek; its difficulty doubled because I was wearing fancy sneakers that could hardly negotiate firm footings in this unwieldy track.

When in the scenic Hills, travelers must never forget their cameras and a good pair of trekking-shoes. Finally, when I reached the bridge, the view was one I would cherish for all of my lifetime.

Leaving the hills of Sri Lanka, I returned to the plains, into the city of Kandy.

Kandy is a sacred city and was once the capital of Sri Lanka. It houses the Temple of the Tooth Relic, a sprawling complex dedicated to the Tooth of the Buddha.

It is one of the holiest pilgrimage destinations for Buddhists all over the world. Unaware of the conservative dressing conventions at the temple, I was dressed in a pair of pants that didn’t extend to my ankles.

Imagine my surprise when a police officer pulled me aside and denied me entry, all the while shouting at me in Sinhalese, that at best was garbled gibberish to me.

Thankfully, our tour guide, Sampath rescued me. Only when I had wrapped an intricately embroidered “lungi” from a salesman, who looked amused at the bewilderment of numerous other hapless tourists like me.

I could continue the tour.

Nevertheless, once I entered the temple, a sense of devotion came over me.

The walls of the temple were decorated with incredibly beautiful paintings depicting Buddha, from the stories of Jatakas (Buddhist Literature). Graceful figurines occupied the significant portion of the carved wooden pillars.

The inner sanctum sanctorum, which contained “The Sacred Tooth”, was covered in layers of gold and embedded with precious gems.

The sanctum’s atmosphere was suffused with incense, and the soft light of earthen lamps illuminated the whole room. When I emerged back into the sunlit lawns, I felt peaceful.

After lunch at a local restaurant,  it was time to explore the Royal Botanical Gardens.

I later regretted it because the place was built like a maze and, despite having a map, it took me hours to locate the exit finally.

I explored the city and its marketplaces. I find markets to be the most culturally vibrant places.

You can see people and goods from all over the city and interact with the residents of the area. Having thoroughly tired myself out, I felt relieved to be finally at our hotel, Amaya Hills, Kandy.

It was built on the side of the hill and was surrounded by endemic bird species. I was surprised to find such a place in the city. The hotel is built interestingly.

The reception area was set on a raised platform that overlooked the entire hotel. It was the most fascinating place in the whole hotel, as one could have the entire view of the city of Kandy, glittering amid this Sri Lankan paradise.

It was adorable watching little kids waddling around in the pool like joyous ducks, having the time of their lives.

The hotel offered several activities for some of its more adventurous guests such as sightseeing along nature trails, bird watching at dawn, workshops on a variety of topics and many more such things.

I would recommend a stay at Amaya Hills if you are staying in Kandy.Buddha’s Temple of Tooth, Kandy

REGARDS, TEARDROP OF THE INDIAN OCEAN

The next day, I journeyed back to Colombo, for it was time to go back.

On the flight back to Mumbai, I marvelled at how such a small nation could hold so many wonders.

From the vibrant city of Colombo with its marvellous nightlife to resplendent Galle, from the forests of Yala to the magnificent and serene Highlands, from peaceful monks at ancient Buddhist monuments and temples to devout priests preaching under the light from stained French windows – Sri Lanka had something in store for everyone.

A small thought still nagged me though. I hadn’t been able to visit the famed Sigiriya, “The Sky Fortress” due to an already constrained itinerary. No worries, Sri Lanka, next time for sure! 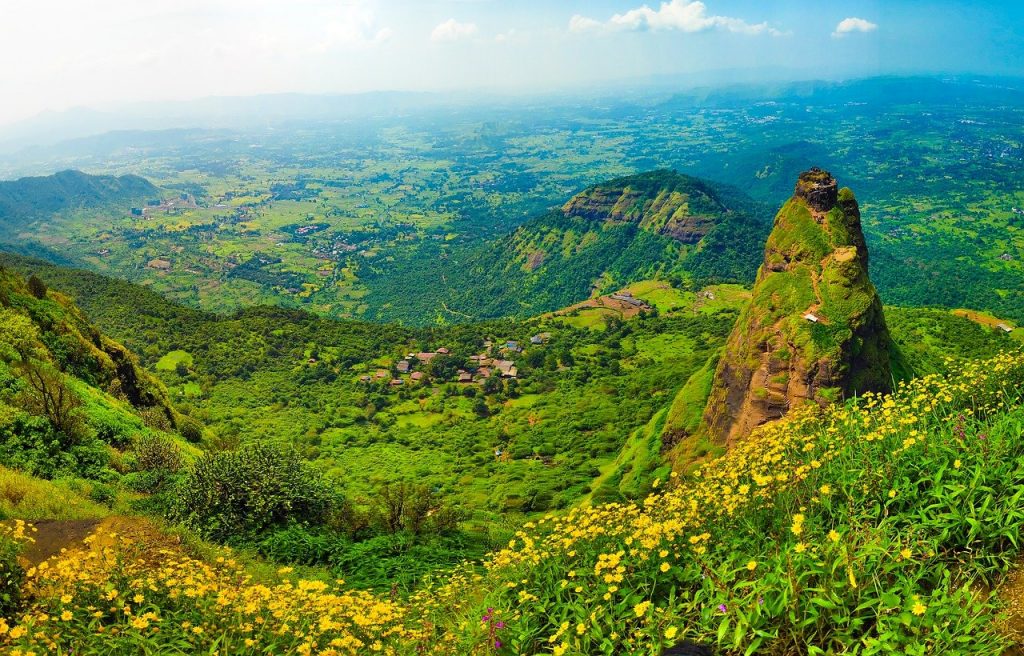